At the end of the millennium, the French philosopher Jean Baudrillard reflected on the implosion of social institutions in Western postmodern societies. Among his many observations on the present times, he noted this paradox, that “things – signs and actions – continue to function long after their ideas have disappeared, and they do so in total indifference to their own content… A thing which has lost its idea is like a man who has lost his shadow, and it must either fall under the sway of madness or perish” (The Transparency of Evil, 1993:6).

The most influential Orthodox theologian in the West at this time, Alexander Schmemann, wrote in his diary: “Christianity in general (is) now undergoing a real test to determine what will enable (us) to remain alive in the world of today” (The Journals, 2002:24).

It makes sense to read the last quote in the light of the first. Clearly, today, the very identity of the church is threatened as mainstream Christianity seems to have lost the idea of what it means to be the Church of Christ in the world.

The root of this confusion is to be found in the Enlightenment’s understanding of religion, where Christianity in particular is considered to be pure obscurantism, because its religious claims cannot be proved by reason. Despite this reservation, a deistic notion of a Supreme Being was still warmly embraced. To use Montesquieu’s expression, “A little bit of religion”, can serve as social glue and induce motivation for good deeds. In the same vein “sin” must be redefined as those things which hinder the common good. Consequently, “the truth” of religious ideas is pragmatically decided according to the criterion of political usefulness. From this position, Rousseau praises the virtues of Islam over against Christianity as the Christian faith falsely distinguishes the temporal and the spiritual, the religious and the political.

Nevertheless, in certain church quarters today, the pulpit is used as platform for their “leftist” agenda. Usually, their “progressive” statements are very clear and direct but paradoxically silence reigns about the present conflicts around core issues in Christian ethics, such as abortion and same-sex marriage.

Of course, the rejection of the role of churches as one-sided political activists is not to say that there is no need for social change in today’s world. The point is simply that social justice is mankind’s common ethical endeavour across religious lines. “Political” statements must therefore be expressed in the name of reason and not from the pulpit on behalf private sympathies, be it in one way or another.

Moreover, there are enough historical examples to show that political compliance will not legitimate the Christian faith in the eyes of the given establishment but rather breed contempt. 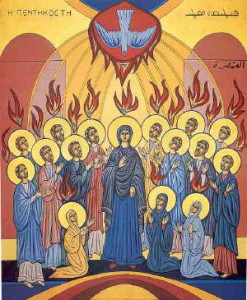 The God given task of the Christian Church is to proclaim the Gospel of Christ. This is the one standard by which the mission of the Church must be judged. The grace of God calls people to repentance and holiness. Thus a demarcation line is set between faith and unbelief. Alienated from the Gospel truths, the “Church” becomes an empty shell. In fact, the substitution of the biblical narrative with moral appeals has made the original message of Christianity disappear, to return to the quote from Baudrillard.

What are we then to do to overcome this loss of faith? Alexander Schmemann prescribed his vision for renewal by saying that we must recover an eschatological understanding of life itself, an “other-worldliness” derived from the Eucharist as the center of Christian living. Christians must see this world in Christ and through Christ.

In this perspective we approach the current crisis of faith by returning to the basis of the Christian pilgrimage in the present world. With the liturgical exclamation “Come Lord Jesus”, the Eucharist proclaims the Healing of the nations and Paradise regained (Rev. 22:20). Thus, the Eucharistic Assembly proclaims the coming world, while at the same time manifesting the Church in this world as a present community. Gathered around the Eucharistic table, the altar, as the people of God (1 Cor. 10:16f), we nourish the faith, love and hope which give meaning and value to everything in life (13:13).

The story of Pentecost is the archetype of this communion. The Apostles are gathered to receive the Holy Spirit “with one accord in one place” (Acts 2:1f). Faith is essentially the power of union, the miracle that arises between men and women in the love of Christ and in love for Christ. The Church is not set in this world for any other reason than to be the body of Christ, “the fullness of him who fills all in all” (Eph. 1:23).

In the gospels of St. Mathew and St. Luke we find with the same wording a saying of Jesus often called “The Hymn of Jubilation”. We read: “Jesus rejoiced in the Holy Spirit and said, ‘I thank you, Father, Lord of heaven and earth, because you have hidden these things from the wise and the intelligent and have revealed them to infants; yes, Father, for such was your gracious will. All things have been delivered to me by my Father'” (Matthew 11:25f, Luke 10:21f).

Jesus seems here to refer to Jeremiah’s prophesy of a new covenant when God will reveal himself directly to his chosen people: “The days are surely coming, says the Lord, when I will make a new covenant with the house of Israel and the house of Judah… I will put my law within them, and I will write it on their hearts; and I will be their God, and they shall be my people” (Jer 31:31,33).

Inviting his disciples to the Kingdom of God, Jesus presents himself as the fulfilment of these prophesies. Through him, God the Father, the Lord of heaven and earth, reveals his will to the hearts of the faithful. The stumbling block is that this revelation springs out of God’s own initiative in contrast to human cunning and sagacity. Moreover, it must be received in humility. The knowledge of God is given to “babes”.

Does this mean that the knowledge of God is reduced to an esoteric, gnostic wisdom? Truly, St. Paul teaches that “the spirit of wisdom and knowledge of God comes through the eyes of our heart being enlightened” (Eph. 1:18). However, this is not an invitation to arbitrariness. We are simply invited to interpret life in the light of the faith.

This faith perspective is summarized by St.Augustine with the phrase Credo ut intelligam – I believe so that I can understand. Augustine illustrates this insight with a wordplay found in the Greek version of the book of Isaiah: “If you do not stand firm in faith, you shall not understand” (7:9).

In his autobiographic work, Confessions, St. Augustine gives an easy accessible introduction to his thinking about the relationship between faith and reason.

Man’s capacity to grasp true understanding of God requires the healing of pride and the fostering of love. Quoting the Hymn of Jubilation, St Augustine maintains that knowledge of God must be learned from Christ who himself was meek and lowly of heart. With Christ as the light of our heart – Lumen cordis – the mind can conceive the truth knowing things through God rather than God through things. 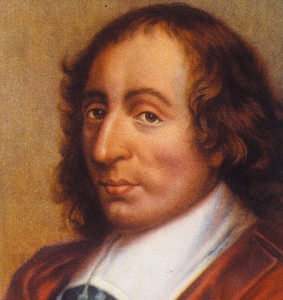 This Augustinian approach to knowledge was taken up 1200 years later by Pascal. His instrumental epistemology concludes that governed by the will, reason can neither prove nor disapprove the existence of God. However, this resignation does not mean that man is spiritually blind. For there is another path in man’s search for God. Our life experience, the wisdom man gains as he lives, feels and thinks, opens the mind to receive the mystery of God, the Father and Lord of heaven and earth. This wisdom, seen with the “eyes of the heart enlightened by God”, is what Pascal speaks of in his famous maxim: “The heart has its reasons of which reason knows nothing”.