What is the Christian patrimony of Europe? The European civilisation has been called “eccentric” meaning that it is composed from sources outside itself, a fusion mainly of the patrimony from Jerusalem, Athens and Rome. Today, when the relations between Christendom and society are being reset, it is of particular interest to reflect on how a Christian perspective of life gradually imposed itself on pagan society over against a diversity of competitors.

The gods of the Greeks and the Romans were the divinities of the polis. The Hebrews, on the other hand, understood Yahweh not only as God of Israel; he governed all mankind. This universalism was extended after the exile when the Jews had learned to practice the Law outside the Promised Land. As a radical next step, the Hebrew Church baptised gentiles into the chosen people. Thus, a new category of the faithful was created called “the Christians” (Acts 1:26). Culturally, the Christians could remain Roman, Greek or Ethiopian. This distinction between the social and the religious identity meant that practice of the faith was not the reflection of the given society, but dependent on the ethos of the Church. This separation was formulated by Christ himself when he said we should render to the emperor the things that are the emperor’s, and to God the things that are God’s (Matt. 22:21).

St. Augustine in his great work on the Two Cities – The City of God and the City of Babylon – makes a differentiation between the secular and the divine which paved the way for the medieval understanding of a Christian civilisation in the Middle Ages. Underlining on the one 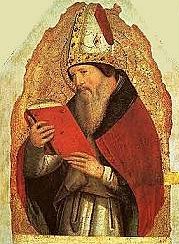 hand the eschatological nature of the Church as a pilgrim people, at the same time, he emphasised that on their way to the Heavenly Jerusalem the Christians still live in this world. Even if faith assures us the exodus from Babylon, he writes, our pilgrim status, for the time being, makes us neighbours and as long as we are mingled together, we can make use of the peace of Babylon. This, all the more, as in this world, good and bad men suffer alike (XIX:26, I:8). Augustine likewise admonishes the Christian exiles; quoting the prophet Jeremiah’s advise to the Jews in Babylon, “But seek the welfare of the city where I have sent you into exile, and pray to the Lord on its behalf, for in its welfare you will find your welfare” (29:7).

Autonomy of the Secular Domain

The Augustinian understanding of a balanced interplay of the spiritual and the profane laid a similar platform for the relationship between ecclesial and secular domains of life. Over the centuries the church did not claim jurisdiction of secular society. Despite theocratic aspirations of “pious” kings and “political” popes, the refusal of an unwarranted synthesis of Church and State was maintained at least in West European culture. It is of particular importance that the Church respected the secular autonomy of the academic and the legal domains. The independence of religion to the political, meant that the gradual transition to a Christian culture was the political consequence of a cultural diffusion not brought about by political means. Christianity imposed itself by gradually conquering the mind-set of civil society. The moral influence exercised by the Church on society followed from the shared commitment of secular and ecclesial leaders to the values of natural law as ordained by God in his creation (Rom. 2:14f).

The Christian Origin of European Culture

What then are the main biblical notions which Christianity fused into European civilization?

First and foremost the notion that God, our Creator, can be addressed as a person to whom the individual stands responsible for his or her life. This responsibility presupposes that man enjoys moral freedom. Therefore we must ask forgiveness from those we have wronged. To this idea of justice it follows that we must strive to be a better person. The distinction of a before over against a now presupposes that time is not an endless cycle of predetermined repetitions but open to repentance and change. In short, living in God’s creation mankind is invited to enter the history of salvation.

It was this idea of a transcendental reality as the purpose of human life that the philosophers of the Enlightenment rejected. “Man needs no foreign help” to find happiness, say the philosophers, reason can on its own provide progress by integrating the natural and the moral in a higher harmony. The task was therefore to liberate society from the grip of Christianity. The success has been self-destructive. When “God is dead”, as Nietzsche told us, man dies too. European society can not survive if it consciously continues to ignore its own inheritance.

General Synod and 125th Anniversary of the PNCC, Scranton.

Annual Automn Conference of the NCC at Gran, Norway.