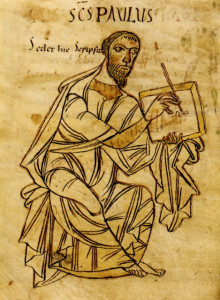 When St. Paul wrote to the Philippians: “Beloved, whatever is true, whatever is honorable, whatever is just, whatever is pure, whatever is pleasing, whatever is commendable, if there is any excellence and if there is anything worthy of praise, think about these things”, he described what has been called “The Logos of Beauty”. At the core of things, beauty cannot be separated from truth and goodness; they all come together, bringing the peace of God (Phil 4:8f). In this way there is an inner order in God’s creation which in human life keeps things together.

Authenticity as the greatest virtue

This experience of a God-given cosmos is very far from the present “feel good culture” around us. Postmodern philosophers tell us that in human life there is no goal-directed forces of any kind. There is no common reality that binds us together; no objective cultural standard or rules of behavior. But, if no pattern is given to direct us, man must by himself constitute his own lifeworld. Thus, the highest value that binds us together is the right of the individual to be true to his inner self, and the greatest virtue man can aspire to is authenticity. This message is then vulgarised by the media’s overwhelming presentation of self-gratification as an honorable lifestyle. Sadly, the previous vision of a transcendent dimension giving sense to the human condition has been replaced by the spiritual emptiness of self-realisation.

The problem is simply that this privatised “feel good culture” is easily blurred with “the culture of narcissism”. The search for self-realisation is but a short step away from the pursuit of self-interest. The potential tension between mine and thine is present also in cultural issues. Living in this pluralistic society, presupposes that everybody is willing to accept and confirm the choices other people make in their private realm. Inversely, intolerance and violation are the ultimate moral sins. It therefore becomes the task of the state to insure that there are no constraints hindering the individual’s right to his or her private moral choices – at least as long they are politically correct.

This is easier said than done. For in the real world there will be unavoidable conflicts not only due to divergent lifestyles, but also deep political disagreements. Moreover, the fundamental division on moral issues threatens to tear society apart. In order to uphold the necessary peace the state must therefore use its disciplinary power to quell protest and dissent.

Thus, the paradox of living in a postmodern mass democracy can be summed up in the phrase: “The Absolute Individual confronts The Absolute State”. In the end the individual is bound to become the loser in this confrontation. When a government prescribes through legislation what is right and wrong, morals become politics.

Interestingly, the roots of this authoritarian thinking go back to a theological movement of the late Middle Ages, called Nominalism. “Nomen” means name and the nominalists inferred that the words we use when we speak about things and matters are but arbitrary conventions, empty names, which cannot produce a conceptual framework rooted in “reality”. This scepticism finds its primary example in the way we use the word “good”. What we call good is not something given in an universal order of things called “goodness”. It is the speaker himself who uses the word “good” simply to describe objects which fulfill his own desires.

Rejecting the idea that reason can operate on the basis of a universal human nature, the nominalist approach to knowledge advises us to discern moral meaning from our feelings and sympathies. However, this subjective approach does not necessarily imply that moral conduct is a solitary enterprise. For the will of the individual can find the basic moral direction in life by being obedient to the revealed will of God. In this way, the meaning of “good” becomes authoritatively clarified in terms of God’s commandments. My moral obligation is to internalise the rules of conduct which God enjoins upon me – and all others.

Today in our fragmented multicultural societies this rule based, volitive approach to human conduct, serves by and large as the ethical model behind the idea of human rights. The important difference is that the will of the State has now taken the moral authority previously enjoyed by God.

If we accept – with nominalists then and now – that there is no natural order of things, it follows that nature is emptied of meaning; reality is equated with what can be seen, weighed and heard. All the rest is just secondary. For example, modern art illustrates this rejection of natural order. The impressionist painters told us that what might seem beautiful is simply spots of sunlight on our eyes. Similarly, cubism rejects humanism by reducing forms given in real life to meaningless abstractions. Moving one step further, action painting and lyrical abstraction intentionally distorts form, to show that there are no universal standard or order. Beauty is only in the eye of the beholder.

If man’s experience of life cannot transcend his private feelings and personal taste, he is alone in the world. Without a common reality there is only me and mine and my search for private spirituality. In the bewildering images my senses give me, words like “mankind”, “man” and “woman” are just empty images and part of the discursive conventions I use to constitute my own “world”. This self-centeredness leaves no room for the rich concreteness of human life.

This whole way of thinking is more than just a theoretical issue for Christian faith. The fundamental challenge in modern individualism is that this fractured understanding of life entails the implosion of the Gospel. The Christian narrative cannot be reduced to emotional responses to God as a heavenly “Law-maker”. God shows himself as God in his creation as the psalmist sings: “O Lord, our Lord, how majestic is your name in all earth” (Ps 8:1: see also Rom 1:20). There is a cosmos given in the experience of beauty telling us that we are at home in the world and that the world is already ordered for beings like us (Roger Scruton, Beauty, 2010). Sin, destruction and suffering cannot hide God’s love for His world, His “cosmos”, to quote the Greek text in St John 3:16.

In his fight against gnosticism St. Irenaeus made an observation of lasting value noting that the gnostics in their search for moral perfection ignored the art and the sciences and interest in sports (Adv. Haer. II, 32. 2). He clearly warns that if we ignore the reality of the material world as God’s creation, then faith itself becomes homeless.

This is not to say that the experience of the world is given to us as naked facts. The advice St. Paul gave to the Philippians was to “think about these things, in order to know what is true, just, good, commendable and worth of praise” (4:8). That the character of the person who makes such a discernment will influence his judgments, do not necessarily make them private assessments. Moreover, that the Apostle places the understanding in the context of living in the Christian community, does not reduce the claim to objectivity. No thinking takes place in a vacuum. There is no standing ground, no place for inquiry, apart from that which is provided from some particular tradition (Alasdair MacIntyre, Whose Justice? Which rationality?, 1998).

– The peculiar aspect with the Apostle’s instruction is that he ends his admonition by the promise that by practicing these insights we will be blessed with the peace of God (4:9). There is a cosmos after all!

Theological conference of the Union of Scranton: "God be in my thinking - The intellectual background of the secularization", Mainz, Germany.

Clergy meeting of the Nordic Catholic Church in Scandinavia, Oslo.

Talks with The Mission Province, Oslo.

Episcopal visitations in France, Germany and the UK during the autumn.