The collapse of faith in Western society is clear. No less palpable is the cultural collapse around us. The fragmentation of society has imprisoned the individual in “the culture of narcissism“. For the Christian an additional problem is that the moral disorientation is correlated with the destruction of the Christian patrimony. 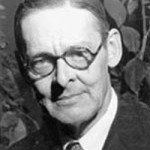 Concerned about the future of the European civilisation after the second world war, T. S. Eliot argued that it is the common tradition of Christianity which has made Europe what it is and he concluded: “If Christianity goes, the whole of our culture goes”. The impact of Christianity on the moral order in Europe follows from its universalism. Historically, the faith was upheld without repudiating the normative aspect of classical culture. Thus, the heritage from Jerusalem, Athens and Rome were fused into the secular world in such a way that different courses could become the basis for further developments. – Today we see this cultural synthesis imploding under the radical subjectivism of postmodern society.

After the war Christian thinkers from different denominations foresaw the displacement of Christianity by an aggressive secular humanism. Of particular interest are perhaps the Roman Catholic voices as one might think that this mighty church would have faced the future with no little self-confidence.

However, already in 1950 Romano Guardini, a dominant Catholic intellectual in his time, wrote an analysis of the emerging European culture under the title The End of the Modern World, concluding that with the other traditions also the Christian patrimony will be lost. Strikingly, Guardini did not meet this loss by positing the return to a premodern alternative, but with a new way of living the faith. Homeless in this confusion, the Christians must distance themselves from the cultural chaos and seek together in what he called an eschatological togetherness, based on mutual love. 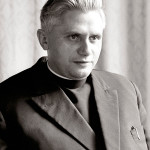 Moreover, in 1970 Joseph Ratzinger, then an unknown professor, published a booklet called Glaube und Zukunft, (2/2007). The future pope predicted that a coming crisis of faith will hit like a storm and tear down the church as we know it. The survival process will be painful and the small communities of those who come out of the difficulties, will have to restart from the beginning. Thus, a simple and more spiritual church will make bigger demands on the individual members.

With a similar sense of a cultural shift, Alasdair MacIntyre, in his book from 1981 pointedly titled After Virtue, warned that we are not aware of our predicament. New dark ages are already upon us and in order to survive, he called for the construction of new forms of local communities within which the tradition can be sustained after the example of what St. Benedict did fifteen centuries ago.

Today, we are living to see the fears come true. In fact, we are the last Christian generation having been brought up in a culture oriented towards humanistic and Christian values. The destructive effects of this moral chaos will necessarily differ according to time and place. Sure is, however, that we are now at a turning point. The radical secularisation entails that church life in the future will not be a prolongation of the past. From the crisis the church of tomorrow will emerge without privileges as small communities of engaged believers, served by tentmakers in the power of faith. In this perspective it is worth to notice that in former core Christian areas like Germany and France, pastoral theologians across the denominational divide are discussing a church model for the future based on the house church. Without the buildings of times more privileged, the altar might again be the living room table.

The crisis of faith in Western world has left all denominations bewildered, even paralysed. For struggling Old Catholics and Anglo-Catholics the challenge is to find a way forward in a common faith and tradition. Hopefully, the Union of Scranton will serve as one of the vehicles which could begin to stem the tide of a post Christian culture.